THE AHOM TRIBES AND THEIR MARRIAGE SYSTEM


The Tai Ahom people in Assam are the descendants of the early imperial dynasty of the kings and emperors of ancient China and constituted the highest aristocracy in ancient China. Tai-Ahoms of Assam are a small community of the great Tai race. The Tai is the most ancient and generic name denoting a great branch of the mongoloid people of Asia.  The original homeland of the great Tai race was in the upper reaches of the Huang-Ho (Yellow river) of China, covering the coast of the Po-Hai Bay (Gulf of Chilli) into which the river Huang-Ho originally had flowed. Centuries that followed, they established their sway over the whole of the valley till their kingdom was occupied by the British in the wake o the Anglo-Burmise war of 1824-26. This Ahom community was thus the ruling people in the Brahmaputra valley for long six hundred years. The people used the term “Mung-Dun-Chun-Kham” to recognize their kingdom, but it was known as Assam in English.


Originally Ahom are the Tai-Kadai family of China who include Thai, Lao, Shan, Black, Red and White Tai. Now the Tai people occupy a wide belt of territory from 70-260 North latitude and 940-1100 East longitude. In 1977 Gordon T. Bowles was mentioned in his book The People of Asia that due to the Han-Chinese pressure in the 9th Centaury the Ahom moved to south-east Asia from China.


The Tai-Ahoms first migrated into the Brahmaputra valley ,originated from Dependency Mao in southwestern Yunnan, in China. The Tai had a rich heritage of spreading out to areas suitable for settlement and for centuries developed a vast knowledge of topography of migratory routes. Today they constitute one of the most widespread populations in Southeast Asia, inhabiting different areas of Myanmar (Shan), Thailand (Thai), Laos (Lao), China (Dai and Zhuang) and Vietnam.


Siu-ka-pha was the founder of the Ahom kingdom in the Brahmaputra valley. He was son of Chao Chang Ngeo of Mong Ri Mong Ram royal line and his mother Nang Mong Blok Kham Seng was a princess of the Mong Mao royal throne and the sister of Pameopong, the ruler of Mong Mao. He was born at Chieng Sen in the capital of Mong Mao and was brought up by his maternal grandmother. Siu-ka-pha was accompanied by a number of officials bearing the titles of Thao-Mong, Khun-Ba, Khun-Ring, Khun-Seng, Khun-Phrang,Phu-Kin-Mong, and several thousands of men made expert in warfare. They left Keng-Sen-Mao-Lung in the year 1215 A.D. According to the Deodhai Assam Buranji, compiled in Assamese language , Siu-Ka-Pha was accompanied by nine thousand people including a number of officials, 300 horses and numbers of  elephant. He carried with him the idol of tutelary deity called Chum Pha Rung Seng Mong with two families of priests to perform religious functions. The movement of Siu-ka-pha to the west was most fascinating and adventurous both in terms of 300 of miles of distance covered and the topography traversed. Before his departure he announced thus- “I will go to rule the country Mong Pa Kam that lies to the west where birds go to sleep.” It indicated his clear mission to establish a new kingdom in the Brahmaputra valley. Thus Siu-ka-pha established the Ahom Empire in Assam.


The marriage sacrament plays a very important consequential part in human societies. For the development of the society with its continuous existence and to realize the human values in life, the institution of marriage completes necessary. Different epics like Vedas, Upanisads, Puranas, Smritis and Mahabharata has been emphasized the importance of marriage.


Chak-long is the main method performed in the Ahom marriage. The Ahom kings and nobles are performed this mode of marriage. It is reckoned with as the most dignified one. The Chak-long has a concept. Two types of aspects may be seen in Chak-long marriage where one is consider social and another is religious. Performing marriage by Chak-long, a young couple strides to start a new family and, therefore, there are rights and obligations between them. They make a promise, before the lighted lampoon the ‘marala’ and in the presence of the elders and the parents to start a new life. In its religious aspect, Chak-long is a sacrament and not a contact. It involves oblations to gods and goddesses.


The origin of the Ahom marriage ceremony can be traced back to the year 558 A.D., corresponding to the year ka-cyeu of the Ahom sexagony cycle as noted in a Tai-Ahom manuscript, called the “Lai-lit-Nang-hun-pha.” A booklet ‘Chak-Long, published in year 1972, refered to the book “Lai-lit-nang-hun-pha” regarding Chak-long ceremony. As Chak-long is a religious ceremony, it was performed in earlier days by the Ahom priests. The prayers were remembered and passed from mouth to mouth and repeated by people generation by generation.


In ancient time, the performance of marriage ceremony was continued for nine days. With the passes of time, the days for ceremony were reduced to seven days, than, to five days and ultimately it became a three days affair. The three days ceremony is popular among the Ahom people. The first day of the marriage is called ‘Joron-diya’. The Joron-diya function is an activity where the family of bridegroom is given dresses and ornaments to the bride.  The Joron consists of wedding apparels, maximum of seven sets and the minimum three, and ornaments. Other necessary articles like pen-knives, lime-box, and two earthen pots decorated with cotton yarn wrapped round by beautiful napkins and filled with rice with a fresh mango-twig having five leaves planted in each of them and four packets of pastes of black pulse, named ‘mati-mah’ and turmeric.


The third day is called Chak-long day and it is the busiest day. On this day, the dayan-diya function is performed in the early morning before the sun rise. The etching of water which is called Pani-Tola from the river, bathing of the bride and groom to be done on the marriage day. The special dresses which is most exhausistic is to be give the bride. This dress is consists several parts , like mekhela, sadar, reha,petticoat and chemeese. The hair dress of the bride is designed into a fascinating fashion. The ornaments used on the ears are normally keru and thuria. The neck of the bride was decorated by the traditional Assamese ornaments like biri, dugdugi and golpata. The finger ring used by bride and bridegroom are in various  designs and these  are made of by gold or silver. Different designed like jethi-nejiya,babari-phuliya, mo’ra nejiya, parachokua and padumkali  are to be used. Gam kharu, bracelet, bangles are used on the wrist. The dress of the  bridegroom is turban on head, a white shirt and waist which is called churia and footwear, pair of sandal or shoes.


The bridegroom goes to the bride home with a colourful procession. It is a nice event. The bridegroom proceeds to the house of bride accompanied by his best friend called dora-dhora along with senior member of the family, relatives, and other boys and girls friend. On the way to the bride’s house, the procession of the bridegroom’s party is stopped by band of young man. This practice is called dara-agocha. The boy who obstruct the bridegroom wants money and demand money and put some questions with honour.  This party is treated with honour by offering battle-nut along with some money put on a sarai. After this the groom party is allowed to proceed and wishing all well.


The bridegroom is welcomed in the gate of bride house and he is to be sited in front of maral. Then the priest proceeds on the ritual of the marriage.


Lagna-gathi is now made a part of the Ahom marriage ceremony. It is originated from Hindu vivah. One end of the bride’s cloth is tied up with the bridegroom’s garment in a knot. But assessing the events and scrutinizing the historical facts and chronicle, it may confirm that there was no lagna-gathi in the Chak-long marriage of the Ahoms from thirteenth centaury to the nineteenth centuary A.D. However  at the time of lagna-gathi the assembly of persons in the pandel blesses the pair by making a chorus of voice wishing their happy life. The bridegroom and the bride then pray to the Almighty God with folded palms. At the end of the joint prayer, the bride picks up the hangdang kept on a platter, and addresses the bridegroom to subdue his enemies, look after his family and do well for the welfare of the country and the honest people. After this, bridegroom accepted the hangdang from the bride. The bride then holding a cloth named kavas and offer to his groom. She addressed the groom and mentioned that ‘o’ my BANGAHARDEW(husband) , by wearing this kavas-kapur you protect all. The groom accept this and do commitment to subdue enemy and wicked persons. The custom of making promise by the bridegroom in the Chak-long is a unique feature in Ahom marriage. This promise with hangdang manifests the courage and boldness of a person. The kavas-kapor is to be made by the girl within a single night beginning from the spinning of the cotton to the end of the weaving the cloth and finishing it for use. The making of kavas-kapor within a night proves the ability of a girl. The priest called mo’lung advises the newly married couple after narrating the history of the bridegroom and bride. Such narration encourages and inspires the couple to look forward for a happy married life and to work for the good of the country. After this panchamrita the mixture of milk, curd, honey, ghee and sugar is offer to the bride and groom in banbati. This is the end formalities of the Ahom marry. The last step for the couple is to play the game of dice and cowrie. When all tit-bits are over, the lagna-gathi is removed from the body of the bride and the bridegroom. At last, the bride gets ready to leaves her house.

Air pollution is the activity of harmful or excessive quantities of substances including gases, particles, and biological molecules are... 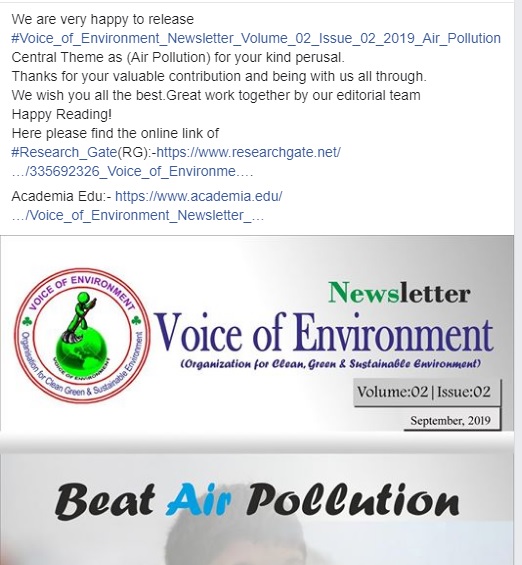